This year will finally see the art, that has been my main effort over the past year and a half, culminate in it’s first exhibit at Western New Mexico University, Silver City, opening February 7th  The heartfelt theme of trees and forests-beautiful and endangered is one that demanded my toolbox of media—so there is much to see. You can thumb through the exhibition catalogue by clicking on the ISSUU booklet below. 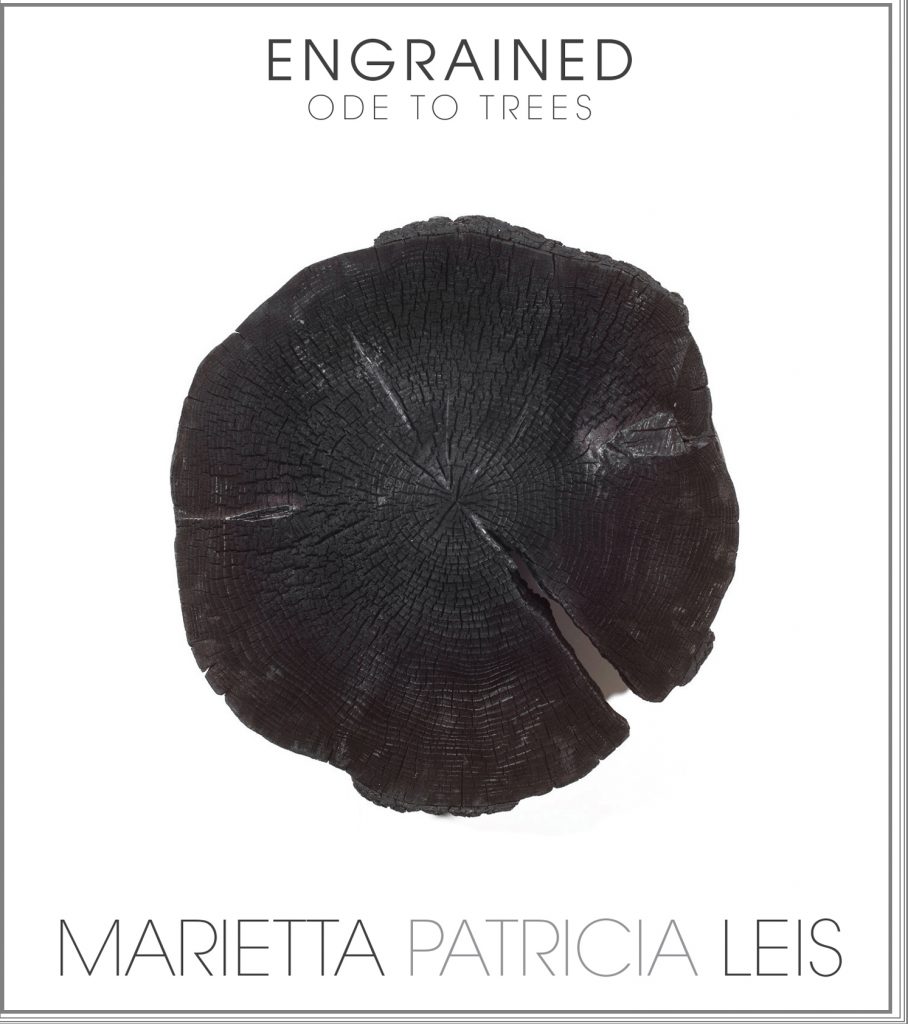 The essay in the booklet is by the gifted writer, Ann Landi,
and reproduced here for your reading:

In the course of a long career that has taken her from New York to Los Angeles and finally to Albuquerque, NM, Marietta Patricia Leis has mastered just about any medium at her disposal—printmaking, sculpture, painting, video, and photography. Her subjects have often been inspired by her travels worldwide: to Scotland, Southeast Asia, Greece, Iceland, and other far-flung spots. The experiences she gathers from place, whether it’s the humid green of the tropical jungle or the billowing clouds and black-velvet nights of the Scottish Highlands, become distilled into the different series she’s pursued over the years. The common thread is that Leis brings to all her works qualities of elegant understatement, a thorough knowledge of craft, and an approach that marries thoughtful restraint with a sensuous feel for her materials.

For her latest project, Engrained: Ode to Trees, Leis found inspiration quite literally in her own backyard, when a 30-foot-high spruce tree on her property in Albuquerque, NM, died shortly after she moved in. Parts of that tree have made their way into the Engrained series: slices from the trunk, lovingly varnished and stained, stand like proud sentinels on Lucite shelves in Gentrification I and Gentrification II. Fissures I and Fissures II, a pair of ink-relief prints, and the sculptures Splintered I and Splintered II similarly find their origins in that same fallen tree, as does Keepsake #2, an image burned into linen from a section of the trunk. When a mimosa tree, also on her property, lost a big branch during a windstorm, Leis used it as the source material for the series of sculptures called Traces, which stand in front of two large oil paintings, Symbiosis I and Symbiosis II, densely saturated with the bright fresh green color we associate with trees just coming back to life in early spring. The installation seems to juxtapose the living against the dead, and speaks to the possibilities for renewal and rebirth.

Specific trees may have provided the inspiration for many works in the show, but Leis’ travels—and her self-description as an “outed tree hugger”—have made her sensitive to the plight of trees in general. She’s flown over the Amazon and witnessed the burning of rain forests; she’s seen firsthand Iceland’s barren landscape, the result of devastation by early settlers; and, like the rest of us, she’s concerned about the clear cutting, wild fires, and deforestation that are quickly eroding our landscape. The videos in the Engrained were all made in Finland, where she had an artist’s residency above Arctic Circle, and show how forest after forest has succumbed to destruction.

But the message in Leis’ methods—if indeed we need a message—is far from hopeless. There is ghostly beauty in the 82-inch-tall photos of the Evanescents series, joy in the sprightly arrangements of paintings that make up Tree, and throughout the series reminders of how much pleasure we get from the colors, textures, and presence of those mute and stalwart citizens who share our planet. In examining all the qualities of “treeness”—from seeds and leaves to the battered husk that remains after a tree dies—Leis gives us tangible proof of the loveliness of these silent gifts of nature along with intimations of how barren our world would be without them.

Ann Landi is the founder and editor of Vasari21.com and a contributing editor of ARTnews.

As an extra enticement here are some photos of the Shou Sugi Ban method of burning wood that we used in the making of the Remembrance pieces in the exhibit: 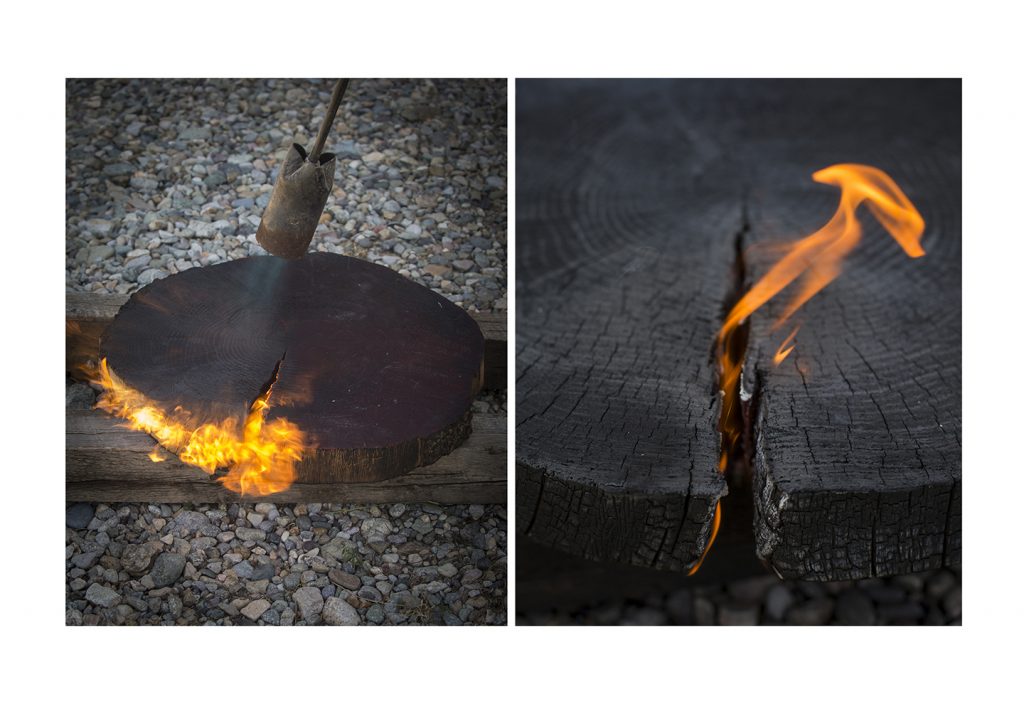 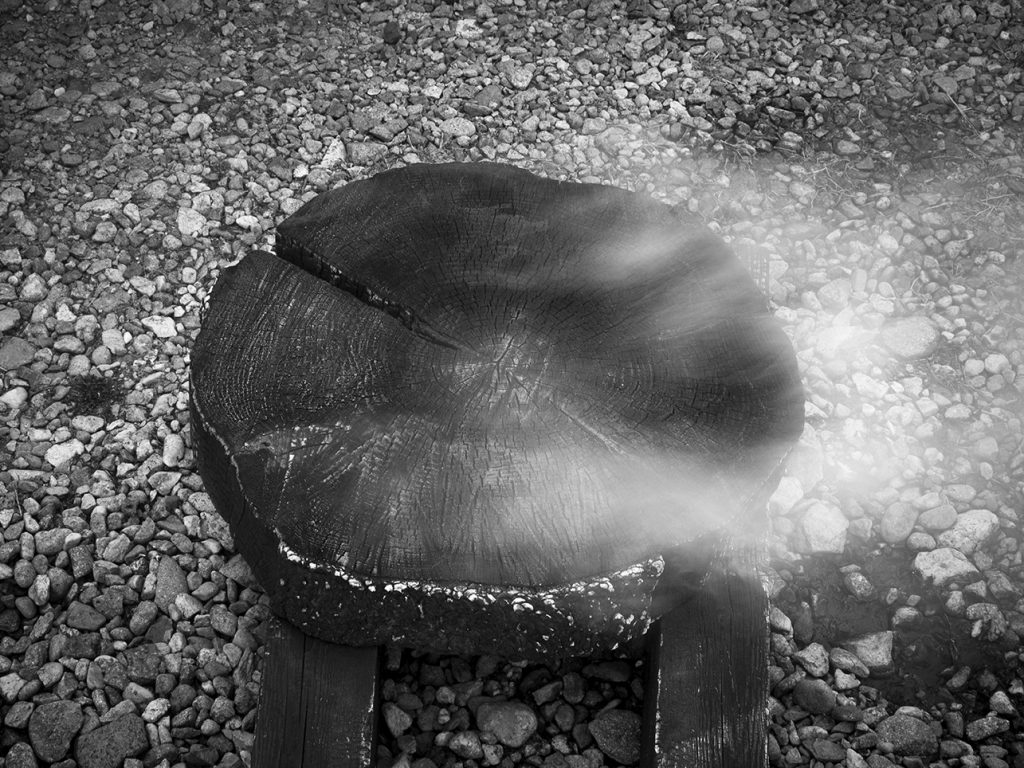