Green Opens in Ft. Worth

My multimedia exhibition of Green: a paradox of abundance and scarcity will be exhibiting Friday January 6 – February 25 at the Fort Worth Community Arts Center. There will be an opening reception Friday January 6, 6–9 PM. It will be so gratifying to see this work exhibited in their great space and to have it seen by their large and enthusiastic audience. 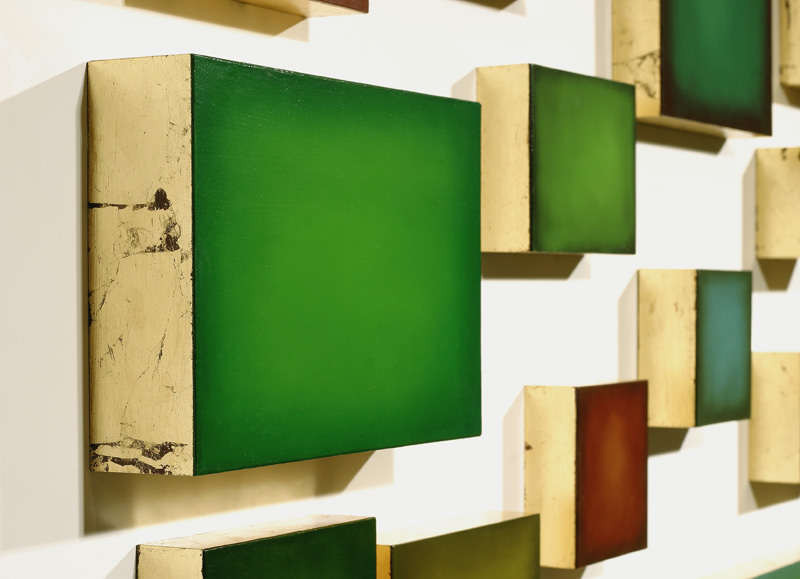 Green is an exhibit inspired by my Artist residency in Thailand. It is made up of several components: five written text plates of poems (example below), 16 Vapors which are beeswax sculptures made as Thai wrapped food but hollow, Seeds which are 27 paintings on paper on wood, and 18 photos. There are also four videos.

While embraced by the abundance of vegetation and food in Thailand I became acutely aware of the paradox—the deprivation in the surrounding countries of Myanmar, Laos and Cambodia. The inequality of sharing the earth’s bounty seems senseless and immoral to me. Also the abuse of our planet by its human inhabitants endangers all the living things I was witness to.

This paradox produced poignant reflections that are expressed in this work… the ‘Beauty and the Beast’ so to speak. The beauty draws you to contemplate the fragility of the earth’s bounty, and thus it’s people’s, condition.

It is with gratitude that I tell you that people from 6 countries, 12 states, and 33 cities responded to this Kickstarter.com project and made it possible for this exhibit to be shipped to FWCAC. I thank one and all for their generous and much appreciated support, and am happy to announce their names as follows: